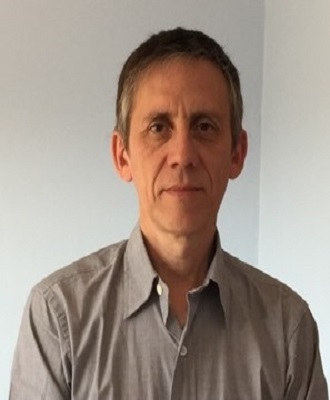 Global oils, wax esters and biofuels demand is forecasted to increase in the next years. In order to meet this growing demand, the exploration of new ways of obtaining these products is required. In this context, microorganisms (bacteria, yeasts, fungi and microalgae) are now seriously considered as alternative oils and wax ester sources. Among bacteria, the oleaginous property is limited to a few specific species identified mainly from the genus Rhodococcus, such as R. opacus and R. jostii. These rhodococcal species are able to use a wide diversity of substrates for oil production, including industrial wastes such as glycerine, olive mill wastes, carob and orange residues, lignocellulosic material, whey, among others. Cell engineering to increase lipid production provides a good opportunity for designing a scalable and commercially viable oil-producing system. In addition, metabolic engineering allows expanding the capacity of the biochemical platform of rhodococci towards the synthesis of new bioproducts. Oleaginous rhodococci accumulate significant amounts of triacylglycerols (TAG) from gluconate or other carbon sources, but they are not able to produce detectable amounts of wax esters (WE) due to their inability to produce a significant pool of fatty alcohols in cell metabolism. In order to provide a pool of fatty alcohol moieties available for WE synthesis, we performed the heterologous expression of a gene encoding a fatty acyl-CoA reductase from the marine Gram-negative Marinobacter hydrocabonoclasticus VT8 into the oleaginous R. opacus PD630. Recombinant cells produced ca. 46% of WE and 54% of TAG (of total WE + TAG) from gluconate compared to the wild type strain which produced 100% of TAG. Moreover, the cultivation of engineered R. opacus on residual whey, an inexpensive waste material from dairy industries, also resulted in the production of WE in addition to TAG, without affecting cell growth. These results demonstrated that the metabolism of oleaginous rhodococci is robust enough to successfully incorporate heterologous reactions and pathways to expand the range of lipids with commercial interest. On the other hand, the manipulation of rhodococcal genetics and biochemistry also allows expanding the lipogenesis ability to new growing conditions. We identified an interesting regulatory mechanism in R. jostii and R. opacus that couples the expression of several genes of lipogenesis to the activation of a regulatory system that provides alternative sources of nitrogen, when cells are cultivated under nitrogen-limiting conditions. This response is mediated by a protein called NlpR, which is a global regulator that provides a strong redirection of carbon flux toward lipid metabolism. NlpR is able to activate the expression of some genes involved in fatty acid biosynthesis (FASI) and the Kennedy pathway for TAG synthesis, including genes encoding AGPAT, PAP2 and DGAT enzymes, in addition to those encoding nitrate/nitrite reductase systems. Overexpression of nlpR gene improves TAG synthesis in oleaginous rhodococci under nitrogen-rich conditions. Thus, NlpR provides a new target for engineering single-cell oil production by rhodococci using nitrogen-rich industrial wastes. These results demonstrate that the application of molecular engineering to oleaginous rhodococci to improve lipid production and enlarge their application spectrum is possible.

H.M. Alvarez studied Biochemistry at the University of Patagonia San Juan Bosco (Argentina) and graduated in 1993. He received his PhD degree in 1998 at the same institution. Between 1993 and 1997 he performed doctoral research at the Institute of Microbiology, Georg-August University of Göttingen, and the Institute for Molecular Microbiology and Biotechnology (IMMyB), Westfälischen Wilhelms University in Münster, Germany supervised by Prof. Alexander Steinbüchel. Between 2000 and 2001 he conducted postdoctoral research at the IMMyB, WWU Münster, Germany. He obtained the position of an Full Professor at the UNPSJB. He has published more than 55 research articles in SCI(E) journals.