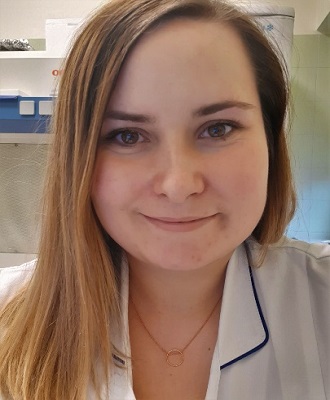 The elements of two-component signal transduction systems (TCSSs) enable rapid adaptation of bacteria to environmental conditions, hence, they seem to be promising targets for novel bactericidal compounds. Typical TCSS is composed of histidine kinase that receives environmental signals and a regulatory protein that controls gene expression.

The goal of this project is to investigate the involvement of a putative two-component regulatory system MSMEG6236 and MSEG6238 in the regulation of selected metabolic processes in Mycobacterium smegmatis.

The homologous recombination process was applied to construct M. smegmatis mutants defective in the synthesis of  MSMEG6236 (∆6236), MSMEG6238 (∆6238) or both 2CS (∆6236/8) proteins. The constructed mutants and wild type strain were evaluated in respect to their growth ability under various conditions by using the phenotypic microarray system (BIOLOG). The growth of the investigated strains was monitored in the presence of various carbon (190), nitrogen (377), phosphor (95) sources as well as in various pH and osmolarity (192). The sensitivity of wild type strain and mutants to different drugs and chemicals (240) was also tested.

The selected conditions which diversified the growth of wild type strain and mutants were reproduced in standard media e.g. in minimal Sauton`s medium supplemented with various carbon and nitrogen sources. The essential role of MSMEG6236 and MSMEG6238 in the assimilation of 1,3-propanediol and ethanol as a sole carbon source in M. smegmatis was observed.

Master Katarzyna Struś studied Experimental Biology at Rzeszów University, Poland and graduated as MS in 2015. She then started work at this University. In 2017 she started the Ph.D. study and research cooperation with the group of Prof. Jarosław Dziadek at the Laboratory of Genetics and Physiology of Mycobacterium, Institute of Medical Biology of Polish Academy of Sciences in Łódź. She has started scientific work and has published one research article in the international research journals and she took part in a few national and international scientific conferences.