We regret to inform you that we will be postponing the upcoming “Euro-Global Conference on Biotechnology and Bioengineering (ECBB 2020)” scheduled during June 18-20, 2020 at Rome, Italy due to recent developments of the 2019-nCoV situation in Italy.

The event will now be taking place on November 16-18, 2020 at Holiday Inn Rome Aurelia, Rome, Italy.

Due to the disruption caused by the coronavirus across the region we have taken the tough decision to postpone ECBB 2020. The decision has been taken in the interests of public safety and to help prevent the spread of the virus.

This decision follows the evolving developments, continuing uncertainty, and global concerns regarding the coronavirus.

If you have any further queries, please write in to us at Secretary2019@magnusmeetings.com 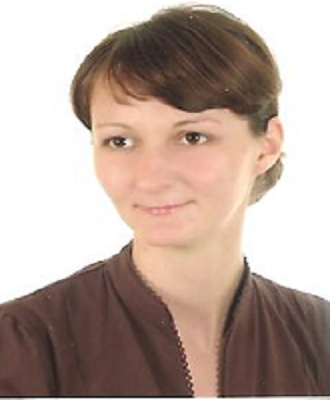 Plant tissue culture technology is being widely used for large scale highbush blueberry plant multiplication. The main aim of micropropagation is the clonal production of 'true-to-type' plants. However, in vitro conditions induce somaclonal variations which can affect the undesired morphological and genetic changes of regenerated plants. Somaclonal variation, either genetic and epigenetic or combination of both, is influenced by the genotype, explant type, culture medium or age of the donor plants. The occurrence of callus and adventitious shoots during the in vitro culture of blueberries is mainly considered as a source of somaclonal variation. In blueberry in vitro cultures, adventitious shoots occur spontaneously and are common. To monitor clonal fidelity the differences between the in vitro cultures of the highbush blueberry ‘Brigitta blue’ plants derived from axillary (Ax) and adventitious shoots (Ad) using as an explant, were investigated. The two types of culture: the axillary shoots derived cultures (Ax-TC) and the adventitious shoots derived cultures of highbush blueberries plants (Ax-TC) were analysed during 3 subsequent passage. The analyses were carried out in the determination of morphological and molecular differences between Ax-TC and Ax-TC cultures. On the morphological level, the frequency and the length of the axillary shoots and adventitious ones were determined. Molecular studies were based on the methylation-sensitive amplification polymorphism (MSAP) technique. We indicated significant differences in studied traits like the ratio of Ax shoots in culture and the number of cultures that developed exclusively Ax shoots. Additionally, short adventitious shoots (< 1,5 cm in length) in Ad-TC cultures occurred more frequently in comparison to Ax-TC. What is more, different DNA methylation status among studied plants was revealed.

Marzena Mazurek studied Biotechnology at the University of Silesia in Katowice (Poland) and graduated as MS in 2008. Then She has started work at the University of Rzeszów in the assistant position. She is concluding a Ph.D. thesis entitled “Somaclonal changes of highbush blueberries plants propagated traditionally and in vitro method. She has published 2 research articles in SCI(E) journals and took part in two conferences.