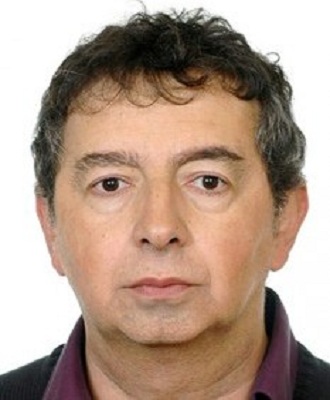 A recent WHO report warns of the dramatic increase in the emergence of antibiotic-resistant bacteria and concludes that this is one of the biggest threats to global health. In a scenario where antibiotics are no longer effective, common infections become much more dangerous and could kill once again.

A hopeful free-antibiotic alternative to address infections is the use of probiotics. We have developed an approach to develop a new biomaterial that combines the extraordinary properties of bacterial cellulose as a matrix plus the biomedical activity of probiotic bacteria. We interchange the cellulose-producing bacteria by the probiotics following an elegant strategy. The resulting probiotic cellulose exhibit antibacterial activity against relevant strains involved in most topical infections

Dr. Dominguez-Vera studied Chemistry at the Universidad de Granada (Spain) and graduated as MS in 1988. He received his PhD degree in 1993 at the LCC-CNRS (Toulouse, France). After two years postdoctoral fellowship working on biomineralization he obtained the position of an Associate Professor at the Universidad de Granada. He is professor of the same university from 2010. He is leader of the BIONanoMet group. He has published more than 100 research articles (Natur. Comm., Adv. Funct. Mater, JACS…) and four patents, one of them exploited.