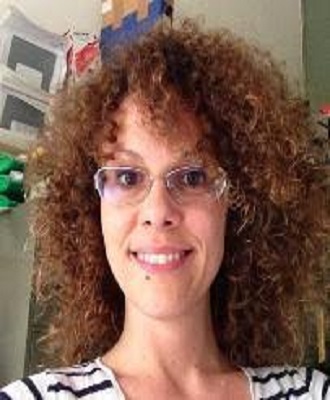 Members of Rhodococcus genus are widely distributed in terrestrial and marine environments due to their outstanding metabolic diversity and strong persistence. In relation to this, Rhodococcus spp. strains possess a variety of enzymatic activities involved in biodegradation of toxic organic pollutants, and are also able to withstand various stress conditions, such as metal toxicity, desiccation, and high concentration of organic solvents. Although numerous studies have described stress response to toxic organics, little is still known on the response of Rhodococcus strains to metal toxicity and, in particular, on the molecular and physiological mechanisms supporting their tolerance and/or resistance. This study is focused on the ability of Rhodococcus aetherivorans BCP1 to tolerate high concentrations of different toxic metal(loid)s including Selenium, Tellurium, Arsenic, Thallium and Silver. In particular, functional studies indicated that BCP1 resistance mechanism towards Tellurium and Selenium oxyanions (i.e. tellurite and selenite, respectively) is associated with their bioconversion into elemental forms of Se0 and Te0 that precipitate producing nanostructures. BCP1 resistance to Silver also seems to be associated with the production of cubic crystals that are presently under analysis. Molecular and biochemical studies indicated that BCP1 resistance to arsenate was related to its bioconversion into arsenite and to the expression of a specific chromosomal ars gene operon, whereas BCP1 resistance to Thallium seems to involve genetic determinants harboured by one of the endogenous plasmids. Recent metabolomics and lipidomics studies have pointed out that specific modifications occur in the metabolite profiles and in the fatty acid composition of the membranes of BCP1 cells growing in the presence of toxic metals. Besides this, specific morphological rearrangements were microscopically observed in BCP1 cells in response to metal interaction under both planktonic and biofilm growth conditions.

In conclusion, the present work highlights the biotechnological relevance of Rhodococcus genus in relation to its ability to interact with and resist to metal(loid)s in the context of both bioremediation and bionanotechnology fields.

Dr. Martina Cappelletti studied Industrial Biotechnology at the University of Bologna (UNIBO), Italy and graduated as MS in 2006. She then joined the research group of Prof. Davide Zannoni at the Department of Evolutionary and Experimental Biology, UNIBO, where She got a Ph.D. in 2010 in Industrial, Molecular and Cellular Biology working on the biodegradation of chlorinated compounds and the hydrocarbon metabolism by Rhodococcus strains. As Post- Doctoral Fellow, she carried out research on bio-hydrogen production, bacterial motility, naphthenic acids biodegradation and bacterial interactions with metals. During her academic formation, She has spent research periods at i) the Centre of Ecology and Hydrology (2006) in Oxford (UK), ii) the University of Osaka (Japan) (in 2009), iii) the University of Calgary (Canada) (in 2009-2010 and 2014). She is presently a Tenure Track Assistant Professor (RTD-B) (since Jan 2016) at the Department of Pharmacy and Biotechnology (UNIBO) leading research on genetics, genomics and physiology of bacteria involved in biomineralization, biodegradation and bioconversion processes. She has published 35 research articles in SCI(E) journals and 4 book chapters.