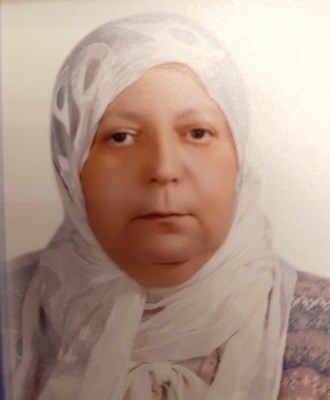 Pharmaceutica biotechnology is a broad term including the use of modern technology in the improvement of drugs to be used medicinally ,these drugs originated from natural origin viz.plants ,algae ….etc and also the use of the technology to get new drugs from new origins e.g.new discovered uses of plants and algae…….etc

Researchers in 1990 reported that monoclonal antibodies could be made in tobacco plants (Hiat et al,1989).This led to genetic engineering of plants to produce vaccines,antibodies,industrial and pharmaceutical proteins and industrial products such as bioplastics

Plants used as bioreactors offer protein production free of human pathogens and bacteria associated endotoxin .Furthermore ,the lower production costs compared to other transgenic systems; the synthesis of proteins by higher plants with correct folding ,glycosylation ,and activity ,and the secretion of more stable proteins by plants to the environment and the manufacture of more complex proteins that cannot be produced by any other way .

Particularly ,seeds have the useful advantage of protein accumulation in a relatively small volume,and such proteins are more stable under envioromental stress condition .For example,it was estimated that the cost of producing recombinant proteins in `plants could be 10 to 50 fold lower than producing the same proteins in Echerichia coli or in mammalian cells. Several  proteins ,enzymes ,and antibodies produced in plants are now being used in clinical trials ,with a potential for commercial exploitation (Ma et al.,2003).

More than 100 recombinant  proteins  were produced in a range of different plant species  (Twyman et al.,2003)

Plants are used to produce a variety of commercial proteins ,including vaccines ,industrial proteins ,biopharmaceuticals (e.g.autoantigens,growth hormones  and factors)  ,and antibodies .Since the first report in 1989 by Hiat and co-workers ,a number of  antibodies targeting a wide range of antigens (e.g.tumor epitopes ,herbicides, and bacteria) have been expressed in plants. Single-chain antibodies (ScFvs) represent a particularly promising class of therapeutics. Many ScFvs were expressed in  E.coli for various biomedical applications  (Ward et al.,1989;Wornand Pluckthun ,2001), but only   a few ScFv were produced in the plant system (e.g.,a ScFv against Hodgkins disease produced in tobacco [Nicotiana tabacum] (McCormick et al.,1999).

(Galeffii et al.,2005) reported the production of a functional  ScFv in  E.coli  and in plant systems., specific for the HER2  oncogene  related to breast and ovary human  cancers ,represents a good opportunity  for application and use  in diagnosis and therapy.