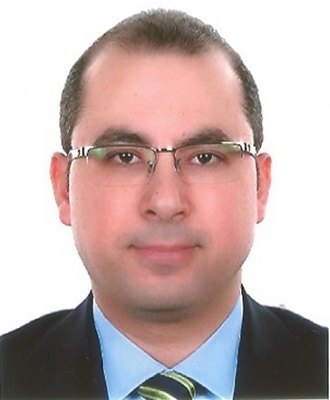 Title : Biocatalytic desulfurization of diesel with a mixed bacterial culture

This study aimed at enriching and characterizing a diesel–biodesulfurizing mixed culture from a pristine environment. A mixed culture designated as MG1 was enriched from an artificial seawater lagoon in Bahrain in a chemically defined medium containing glucose as a sole carbon source and dibenzothiophene (DBT) as a sole sulfur source. In addition to DBT, the MG1 culture utilized the following substrates as sole sulfur sources, albeit not as carbon sources: 4–methyldibenzothiophene (4–MDBT), benzothiophene (BT), 4,6–dimethyldibenzothiophene (4,6–DMDBT), and hydrodesulfurized diesel. The MG1 culture grew also on 2–hydroxybiphenyl (2–HBP) as a sole carbon source in the presence of MgSO4. GC–MS analysis and detection of biodesulfurization genes by PCR showed that the MG1 culture utilized DBT as a sole sulfur source via the 4S pathway. Moreover, the MG1 culture utilized hydrodesulfurized diesel as a sole sulfur source with 25% sulfur removal efficiency within 7 days of incubation in a batch culture. Analysis of the culturable fraction of the DBT–grown MG1 culture revealed members of the genera Enterobacter, Pseudomonas, Agrobacterium, and Sphingomonas as the major components. Illumina Miseq analyses showed the presence of Enterobacter, Klebsiella, Pseudomonas, Rhodococcus, Sphingobium, Sphingomonas, Citrobacter, Rhizobium, and Ochrobactrum as the most abundant genera. The community structure of MG1 changed according to the growth phase and the provided sulfur substrate. In the presence of glucose as a carbon source, a culture on inorganic sulfate was dominated by Enterobacter spp., whereas Sphingobium and Rhodococcus spp., in addition to Enterobacter spp., dominated the DBT culture. In a BT culture, Rhodococcus spp. were the most abundant with an average relative abundance of 26%. When 4–MDBT was provided as a sole sulfur source, Enterobacter (24%), Pseudomonas (17%) and Sphingobium spp. (16%) dominated the MG1 community. In the 4,6–DMDBT culture also Enterobacter (20%) and Pseudomonas spp. (21%) dominated the culture. When diesel was provided as a sole sulfur source, Enterobacter spp. were the most abundant (26%).This study improves our understanding of the biodesulfurization capabilities of mixed cultures, which paves the way toward future optimization and development efforts.