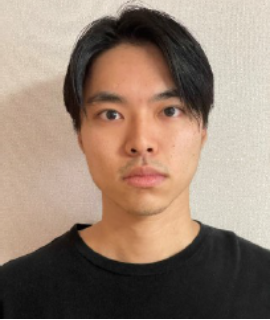 Title: Numerical simulation on the effects of fishs body thickness and head swing motion on its swimming performance

In recent years, there have been many efforts to design highly efficient underwater robots inspired by aquatic organisms. To design more efficient ones, it is very important to understand swimming mechanism of fish. One of the interesting aspects of fish swimming is that many fish swim with their heads swinging in accordance with their kinematic situations. Therefore, we focused on swing motion at the head of the fish and considered the effects of amplitude of the head swing on its swimming performance. In this study, the swimming performance with different swing motions at the head was analysed and compared by two-dimensional numerical simulation using the regularized lattice Boltzmann method. Three types of symmetrical wings, NACA0006, NACA0012, and NACA0018, were used as base models to discuss the effects of their thickness. Amplitude of the head swing was varied from 0% to 8% of the body length, and the effects were mainly investigated using five evaluation parameters: swimming speed, acceleration, required power, thrust, and swimming efficiency. As a result, under low Reynolds number conditions (???????? = 500 and 1000), when amplitude of the head swing was increased regardless of body thickness, a large pressure difference was generated on the left and right sides of the body during acceleration, which produced a large thrust force, increasing rate of acceleration and a faster transition to the steady swimming state. However, during steady-state swimming, large-amplitude caused more power to be required, and swimming efficiency consequently decreased. On the other hand, when amplitude was small, the swimmer cannot generate a large thrust during the acceleration period and could not swim with a large acceleration. During steady-state swimming, however, the model with small amplitude was able to swim with less power and showed better swimming efficiency than when the amplitude was large. In addition, when the body thickness was larger, the rate of change in swimming efficiency due to changes in amplitude of the head swing was more prominent. This is similar to the tendency of anguilliform swimmers such as eels with large amplitude, or thunniform swimmers such as tuna with small amplitude during swimming. This study suggests that highly efficient underwater robots would be produced by appropriate control of amplitude of the head swing.

Shuhei Yoshida studied Mechanical Engineering at the Kyoto Institute of Technology and received Bachelor in 2019. He is currently a master's student at the same university, doing research on fish in biomimetics.