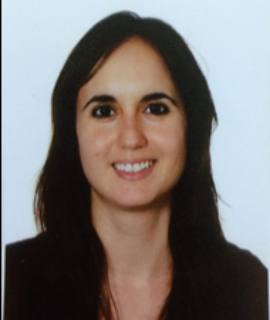 Title: Post-transcriptional control in the regulation of bioplastics synthesis

Biotechnological research on natural polymers strives for manufacturing biopolymers using renewable resources1. The main representatives of bioplastics are polyhydroxyalkanoates (PHAs) with polyhydroxybutyrate (PHB) being the shortest side chain polyester. Although several kinds of PHAs are produced in industrial scales1, the amount produced is still low for the demand and the costs for production are quite high and non-competitive, when compared to plastics based on crude oil. The bacterium Sinorhizobium meliloti fixes nitrogen symbiotically within legume root nodules, and as a contingency against carbon limitation, accumulates PHB2. The soil bacterium Pseudomonas putida is also able to produce different kinds of PHAs3. Based on their safe status and the inherent ability to grow in fermenters and on a wide range of economical substrates, these two organisms represent excellent candidates to be virtually “domesticated” as bacterial factories of bioplastics4,5. Small non-coding RNAs (sRNAs) and ribonucleases (RNases) are important cellular regulators that make them promising candidates for improving PHAs production. A major class of bacterial regulatory sRNAs acts on target mRNAs through base-pairing, leading either to their stabilization or to translational repression followed by their degradation through RNAses6. RNases are the enzymes that process and degrade all types of RNA, and it is known that the RNA chaperone Hfq can protect some small RNAs from the action of RNases7.

The role of riboregulation along the PHA accumulation has been clarified through the analysis of production and quality of these polymers in both organisms. The scl/mcl-PHAs synthetized in RNases and chaperones mutants were extracted from the culture’s biomass, analyzed and compared to the wild type strains. Further, transcriptome analysis in the most prominent genetic backgrounds have been implemented to decipher the sRNAs and their cognate mRNAs targets implicated, as well as their possible roles along the PHAs synthesis. This study provides a resource to dissect the regulatory mechanisms underlying riboregulation activity in the post-transcriptional control of scl/mcl-PHAs accumulation in microorganisms, that to date have been almost exclusively viewed from the perception of transcriptional regulation. Moreover, in a long- term perspective aim to contribute to an improved production and quality of PHAs in industrial scale.

Alexandra Peregrina Lavín holds a doctoral degree in Fundamental and Systems Biology obtained from the University of Granada (Spain) in 2017. Currently, she is a postdoctoral researcher at ITQB NOVA (Oeiras, Portugal) working in the areas of Natural Sciences and Engineering & Technology, with emphasis on Microbiology, Molecular Biology, Synthetic Biology, Environmental Biotechnology and Bioplastics. During her professional activities, she interacted with many collaborators, being co-author of 6 scientific papers, and published in prestigious peer-reviewed journals of high impact. She reached a very good citation index (h-index 5, 138 citations), promoting the extension of skills for the study of Sinorhizobium meliloti, small non-coding RNAs (sRNAs), RNA chaperones and ribonucleases. As a Postdoc, she was awarded or participated in a large number of competitive research grants and projects such as the EmPowerPutida consortium in the frame of H2020. This resulted in the gain of new knowledge for a new microorganism, Pseudomonas putida, that has been translated in a research article in the emerging field of Synthetic Biology. In 2019, she was awarded with an individual fellowship of the Marie Sklodowska-Curie Actions (MSCA-IF-EF-ST) for the production of bioplastics from microorganisms, as sustainable alternative to petrol-based plastics. Currently, she continues developing her scientific career and skills through the teaching in a Master and PhD program with international students from different scientific educational backgrounds, in addition to the supervision of a MSc Student. She has been Jury member of Master thesis, and took part in International events with scientific relevance as participant and/or organizer. To this day, she was able to communicate and share her projects to a broad audience but also to other scientists, specialized on the same or different topics, raising awareness of science-related topics.