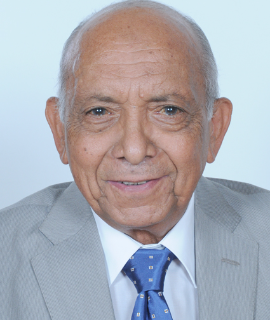 Mesenchymal stromal cells (MSCs) provide an attractive option for cell therapy for type 1 diabetes mellitus (DM). These cells have multiple sources, but bone marrow and adipose tissue are the most studied. Allogenic adipose tissue-derived MSCs (ATMSCs) are widely available as a by-product of cosmetic surgeries. Samples can be stored, their immunologic identity determined, and the optimal donor cells selected. Following initial skepticism, evidence was provided that MSCs, through directed differentiation, can produce insulin-producing cells (IPCs). The resulting IPCs were proven to control chemic ally-induced diabetes in immune-deficient mice. In this regard, their results are comparable to, or even better than, those obtained from pluripotent cells. Nevertheless, impeding hurdles must be overcome, and several questions have to be answered before a clinical translation is attempted. Most importantly, what would be an optimal site for transplantation? For clinical application, the subcutaneous tissue or the omentum can provide a suitable home for the transplanted cells. However, a 2-staged procedure is required for the former and a laparoscopic intervention for the latter. Another question that has to be addressed is: what would be a convenient platform for cell transplantation? As free cells, within a scaffold or loaded into a capsule to avoid allogeneic rejection? In any case, immediate oxygenation must be provided until a vascularized bed develops. Finally, based on evidence that MSCs have immunomodulatory properties, would these functions be adequate to control an allogenic response as well as the existing antibodies responsible for the destruction of pancreatic islets? Despite numerous experimental in-vitro and in-vivo studies, the reported results were controversial. Transplantation in a humanized animal model may provide a clue. A rush for a clinical application can result in disappointment. Cell therapy for type I DM can only be justifiable if the functional outcomes are better than those of the ever-improving closed-loop insulin pumps.

Ghoneim, graduated from the Faculty of Medicine, at the University of Cairo in 1961. He had his basic training in general surgery and Urology at the Cairo University Hospitals. To gain further experience, he spent 4 years in England, America and Canada. Following his return to Egypt, he was appointed as a lecturer in Urology at The University of Mansoura. His main areas of interest are, Renal Transplantation, Urologic Oncology and bladder replacement by small intestines and are recognized as a world leader in kidney transplants. To his credit, he has more than 300 publications in international journals. He was awarded an Honorary M.D. degree by the University of Gutenberg, Sweden is an honorary member of many Urological Associations including the International Society of Urology and British and American Urology Associations and was an invited visiting Professor to many Urological Departments across Europe and America. Currently, he is an Emeritus Professor at The University of Mansoura involved in basic research attempting to differentiate Mesenchymal Stem Cells into insulin-producing cells